Congratulations to all those who received awards today. ‍‍
Thank you to everyone who helped us celebrate the achievements of each and every one of the learners.  It was great to see everybody again and catching up with learners who keep in touch with Youth Train long after their programme to inform us of their progress in life. 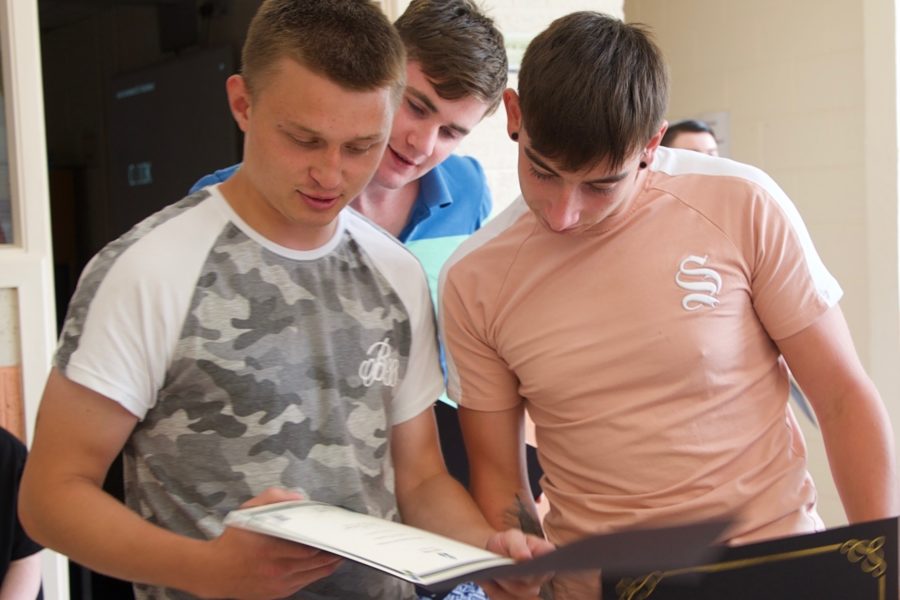 On the day of the BBQ we were lucky enough to have a former student with us. Lucy has agreed to share her experience with us. Please take a moment to read this.

Hi my name is Lucy. I am a former student here at youth train.

I had a difficult time at school. I like to refer to the situation as being failed by the current school education system. I feel this way because I never really was given the chance at school. Although at first I was enthusiastic about attending secondary school, by the end of my first week I came home and said I never wanted to go there again. This was down to a few different components, one of which, being the fact that I wasn’t being acknowledged for my efforts.  Instead I was being criticized for not being as intellectual as some of my fellow peers.

I decided to go to youth train once I was of age, due to the fact my sister was attending. She had also been failed by our school and was suffering the same consequences as myself. When she had started youth train for the first time in a long time I could see a big difference in her, she was waking up at 7am everyday (which for nancy was the middle of the night at that time) she was more outspoken and her confidence was rising plus she had an income. She was acting grown up and was making huge progress. She would always come home with stories and would speak about the tutors here as if they were her friends and I could see she was comfortable attending here.

I remember on my first day, walking through the doors expecting a school environment and seeing this big bright hall. There was art around every corner and previous students accomplishments hung on every wall.  I felt comfortable here right away.

During my first few weeks at Youth Train, I started to see many changes in myself. The exercises we were completing made sense to me and were proving to be beneficial. I was uncovering skills that I didn’t know I even had. My personal development was on the right track. Having a routine, an income and friends here for the first time I felt normal. I felt grown up and my confidence was growing. I loved the fact that when I would express an idea it was always highly admired and brought to the attention of all my tutors . All my tutors would take the time to listen to my ideas and consider them. I never felt stupid asking questions as the response I got was always uplifting and positive.  i was in an environment were not only could I do well, but I could really grow in things I had interest in. My enthusiasm was being appreciated for the first time and this made me want to do well. In my class/group everybody was at a different intellectual level. Everybody had different interests and had come from different walks of life yet everyone was treated the same. We all did the same exercises and were given praise for overcoming our own personal milestones. Everybody’s  interests were taken into consideration and those that wanted to do well, did do well.

I completed my year at youth train and was lucky enough to be offered a work link programme. This programme would allow me to use my course knowledge and newly found skills in the work place. I did this for six months and was offered a fulltime position in Sam McCauleys once my work link programme was finished. I ended up worked there for two years and kept evolving my skill set and kept learning.

I then decided to move abroad last year to gain some experience. I ended up working as a PA/administrator for a very well know architectural firm in central London as well as becoming involved in the art scene.

If you had have asked me to get up here and speak in front of a crowd before my time here, I would have said absolutely not. The first time I spoke in front of a crowd was at comharle na oge where our class was brought to an open day where many schools/clubs were invited to discuss ways to combat bullying and racism. We collectively had to come up with ideas to combat bullying and racism. One person from each group had to get up in front of a room of maybe 200 people and present the groups ideas. No one from our group wanted to do it but me peers and tutors pushed me to get up, So I did. I was shaking and absolutely terrified but I did it. I was being cheered on by my group which helped.. This moment will stay with me forever as that day I over came my fear of public speaking. I ended up being elected to be on the comharle no oge comity where I would attend weekly meetings with other members and tackle the problem at hand.

If I could say anything to the current groups of students here today would be just do your best and really think about the opportunity you have been given. Your able to do anything that you put your mind to an you should be vocal about your ideas. Use your time here effectively and although you may not see al the benefits now, you will look back on the experience and see just how useful your time here. Put in the effort and you will see results.  I found using my time here to better myself really changed the way I saw education and myself. Your not just part of a class. You are an individual and the very fact you have come here means you are on the right track.

Youth Train CTC is co-funded by the Irish Government, the European Social Fund and the Youth Employment Initiative as part of the ESF Programme for Employability Inclusion and Learning 2014-2020